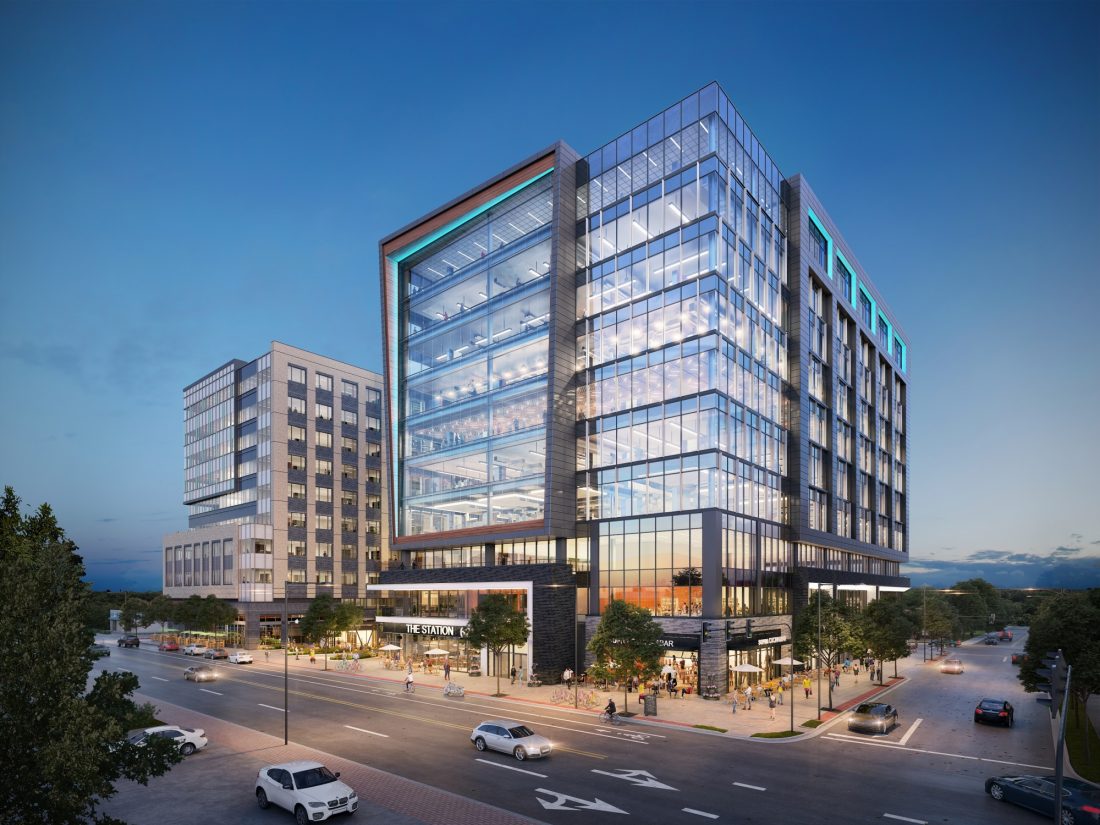 “One Glenwood is currently 98% leased and has been a tremendous success for our company and the corporations who call One Glenwood their home. Our recent refinancing with M&T Bank signals that we believe in the long-term economic prosperity of downtown Raleigh,” said Ryan Blair, Vice President and Partner at Heritage Properties.

In early September, Heritage Properties also closed a $73 million construction loan with M&T Bank and BB&T for Tower Two at Bloc[83]. The Whiting-Turner Contracting Company has commenced construction of the project and is set to be complete in the early 1st quarter of 2021. Tower Two at Bloc[83] is a $108-million, urban mixed-use development consisting of a 10-story Class-A office building totaling 271,500 SF, including destination style retail totaling 30,000 SF, and a 665-space parking garage. The building’s innovative features include a tenant lounge and terrace overlooking Hillsborough Street and the Bloc[83] courtyard, destination-style retail designed for fitness operators and restaurants and bars, a grand, two-story office lobby, column-free floorplates, and vast, clear windows.

“We are thrilled to continue the development of the Bloc[83] district in downtown Raleigh. The environment we are creating between One Glenwood and Tower Two will be the first of its kind for the city. The combination of street level amenities and modern office design will truly be special and offer tenants and their employees a lifestyle that is much more than a traditional office development,” said Blair.

Located at Hillsborough Street and Glenwood Avenue, the development sits atop one of the highest elevations in the city. It’s surrounded by amenities and right in the middle of two of Raleigh’s burgeoning downtown areas: the warehouse district and Glenwood South. Baltimore-based Heritage Properties carefully considered Bloc[83]’s design to take full advantage of the unique location and build onto One Glenwood and The Origin Hotel.

Heritage Properties also announced the Tower Two at Bloc[83]’s full team roster. Whiting-Turner is general contractor of the project, and Gensler is the architect. M&T Bank, which is providing $73 million in financing, is joined by BB&T as lenders. William Allen and Alex Dunn of Trinity Partners oversee leasing for the office space and Charlie Coyne and Reagan Crabtree of CBRE | Raleigh handle retail leasing.

Tower Two is the first of its kind in downtown Raleigh. Its tenants will have the luxury of designing their own offices based on their specific needs; column-free, flexible floorplates will allow for maximum customization. Each floor will boast open, efficient floorplates and full-height glass curtain walls to allow for abundant natural light and inspiring views of downtown. The project features plenty of parking with its 665-space on-site parking garage, providing corporations the ability to densify their space to create a modern, cost-effective design.

“Bloc[83], as evidenced by the highly successful first phase at One Glenwood, continues to pull downtown Raleigh into the newly established Warehouse District and ever popular Glenwood South District. With a walkable and inviting streetscape along Hillsborough Street, private parking in decks exclusive to the project, and a cluster of amenities unlike any other in Downtown Raleigh, we are excited about Tower Two, and are already responding to significant interest, from both inside and outside the market,” said William Allen, Partner, Office Leasing at Trinity Partners.

For more information and a video on the project, visit www.bloc83raleigh.com.

About Trinity Partners
Trinity Partners is a full-service commercial real estate firm serving corporate users and institutional owners throughout the United States, with ten service lines ranging from landlord and tenant representation to property management and investment sales. We’re known for our entrepreneurial spirit, best-in-class performance, and our respected team of commercial real estate professionals, who are directly responsible for our company’s success and collaborative culture. We currently lease and/or manage over 20 million square feet of office, industrial, mixed-use, and retail space across the region through our three offices in Charlotte and Raleigh, North Carolina, and Greenville and Columbia, South Carolina. www.trinity-partners.com.